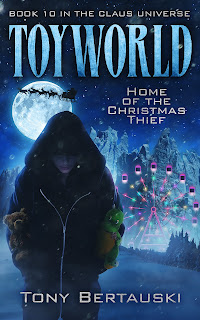 Posted by Tony Bertauski at 7:53 AM No comments: 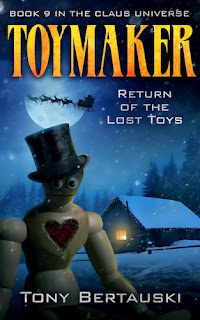 Posted by Tony Bertauski at 5:57 AM No comments: 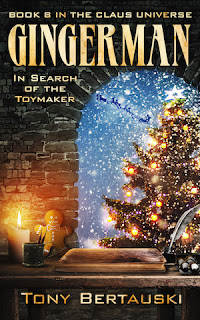 The 8th standalone novel in the Claus Universe.

He’s been accepted into the Institute of Creative Mind, a prestigious institute for eccentrics, outliers, and gifted students. A school located in the middle of nowhere with two-hundred-year-old castles and a formidable stone wall. A school where Christmas is celebrated the entire year.

Christmas trees, ornaments, and lights decorate the castles. Presents are given out every month, and students are pitted against each other in creative challenges. Chris soon finds out, however, the stakes are high.

The losers are expelled.

He spends sleepless nights keeping up with his homework to not disappoint his parents and to keep a cruel guidance counsellor off his back. But this place is more than a demanding school for gifted students. Chris finds a clue in a textbook his first night, written in code.

Run, run as fast as you can.

When he’s presented with an impossibility that defies all laws of physics and biology, anything becomes possible. Chris discovers students aren’t chosen for their artistic abilities but because of a DNA test. He doesn’t know what the school is really after. If he doesn’t stop them, Christmas will end forever. Everything depends on his courage.

And a strange little friend.

PRE-ORDER FROM ALL VENDORS
Amazon, Nook, Kobo, Google and Apple
https://bertauski.com/claus
Posted by Tony Bertauski at 8:56 AM 4 comments:

The Audiobooks are Seriously Free.

I have a bunch of random free audiobooks that need a home. You can take as many as you want until they last. It might take a minute to find one that hasn't been claimed, but find one and it's free. Like digging for gold.
Enjoy.

Posted by Tony Bertauski at 4:05 PM No comments:

The Essence of Sunny Grimm, Book 3 in the Maze

It's been a long journey.

The conclusion of the Maze will launch May 13. The final book ties book 1 and 2 into a long story arc with a wild finish. I didn't see it coming till I got there.

As mentioned in previous posts, book 3 brings characters into the arc from Foreverland, Halfskin and Socket Greeny. For fans of those stories, you get a peek at Danny Boy, Cyn, Reed, Lucinda, Cali and Streeter in their later years.

Further down the road, I will bridge these trilogies into the Unreality Saga. But for now...


The Maze must end where there is no beginning.


Fans of Neuromancer, Inception, and the Matrix... the mind-bending conclusion of the Maze.

A name was tattooed on his finger.

Marcus woke in a cell. No memory of how he got there or what his name was. Just a tattoo. There were others like him. They called this place unreality. They told him this was where someone was hiding him.

Clues lead him on a journey in search of who he is, who he was, and why someone did this to him. Each time he finds someone connected to a mysterious symbol, something inconceivable happens. Something even the people who live in unreality can't explain.

Micah and the investors built the Maze, a massive alternate reality that feeds on the players who enter. But now someone is pursuing them. One by one, the investors begin to vanish.

When clues are left behind, Micah suspects who it is that’s taking them. It’s someone from a game played long ago and a promise she made. He believes she wants to avenge all those responsible for what they did to her. And her son. But she wants something much more than to destroy the Maze. He must stop her before all hope is lost. He thought she was dead. But he was wrong.

She was only waiting.


REVIEWS FOR THE MAZE 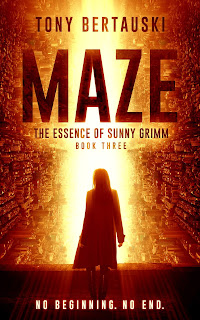 Posted by Tony Bertauski at 9:42 AM No comments:

The End of the Maze

Book 3 in the Maze trilogy is coming into focus.

Once I attempted to keep a journal on the path to a finished story. It's not a straight shot. Some stories are curvier than others. Book 3 of the Maze was like going to New Zealand to the Arctic by way of Ireland just to arrive at San Francisco.

I think I'm in Ireland.

I got 50,000 words into the rough draft. That's when it fell apart. Sort of. Other elements were popping up like bubbles in a thick stew. The kettle was getting hot. I put the story down for about a month and let it simmer.

I'd always envisioned all of my trilogies tying together someway. There's been plenty of crossover between Foreverland and Halfskin, elements that showed up in the Maze. This final book will finish the bow. It will bring together where those worlds started and how and why they link. Characters from the previous trilogies make an appearance.

The Maze will be the final chapter. (I think. Who knows. It's sort of like a band's final tour who end up on the road a year later.)

When I'm done, I'll be boxing Foreverland, Halfskin and Maze into a humungo arc called The Unreality Saga. There are Easter eggs from Socket Greeny, Drayton and, yes, even Claus.

The interesting thing about book 3 is that I didn't see it coming. In fact, after I finished book 2, The Hunt for Freddy Bills, I was a little concerned I was going too far in an unrelated direction. Yes, it had elements of the Maze, but it didn't feel cohesive. But book 3 is bringing it full circle.

Book 1 and 2 will be integral leading up to book 3. I'm still feeling my way through the Maze, but I feel the light. So here's a quick synopsis.

Micah and Dova return as main characters. Freddy Bills's duplicate, Marcus, too. (Remember Marcus in Halfskin?) The investors of Foreverland make a return. Harold Ballard, Danny, Cyn, Reed and Lucinda from Foreverland make guest appearances as does Nix, Raine, Paul and Cali from Halfskin. The inception of the Maze is resolved. Who are the investors? Why did they start the Maze? What were they hoping to get from Grey and Sunny Grimm?

More importantly, where is Sunny now? Her grand scheme is about to come full circle. Sometime this summer, the snake will eat its tail. 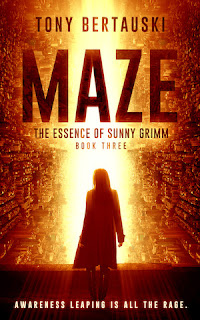 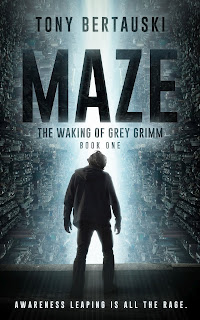 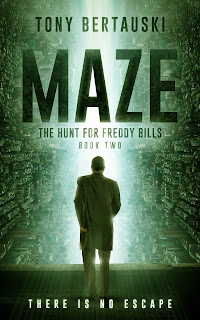 If you want to play, and stay out all day,
I know the place where we can do it. 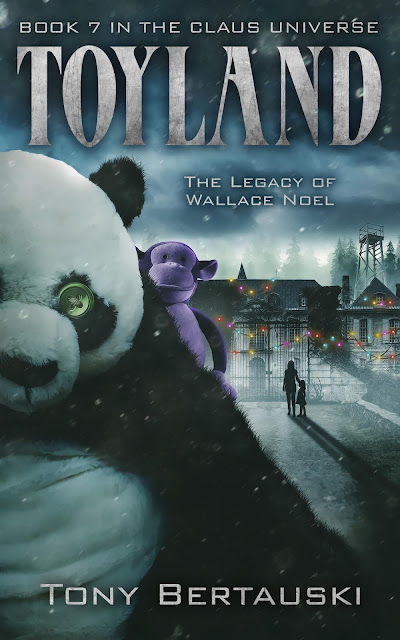 Posted by Tony Bertauski at 8:44 AM No comments: 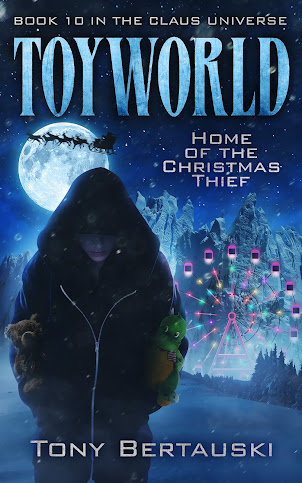 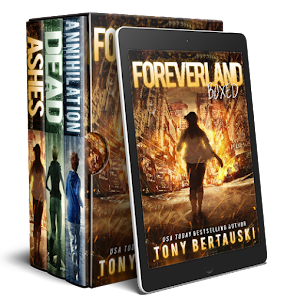 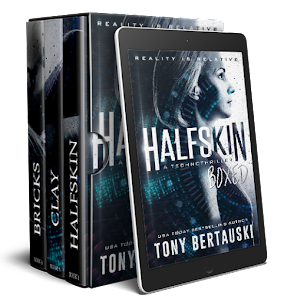 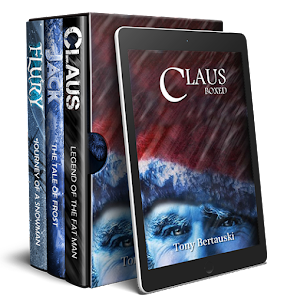 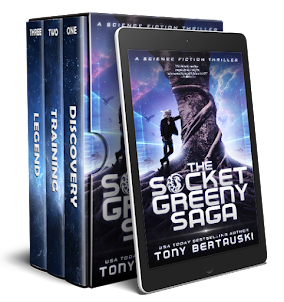 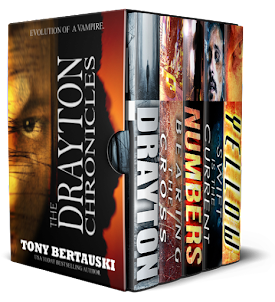